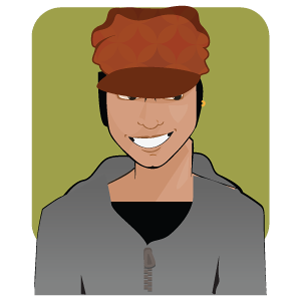 Hearing loss is a serious problem that affects about 20 percent of all adults in America or 48 million people. While there are many very common causes of hearing loss, there are some that are a little but more unusual or unexpected. The following unfortunate health conditions have been shown to negatively impact hearing health. Understanding how and why can help you fully grasp the potential dangers to your overall hearing health.

Labyrinthitis is a serious inner ear infection, which commonly causes a wide variety of severe vision and balance problems as well as seizure-like symptoms and strange eye movements. It is caused by a variety of potential issues, such as head or ear trauma, bacterial infections, allergies, alcohol abuse, benign tumors, and even excessive use of certain medications.

In many cases, it has been shown to lead to moderate and temporary hearing loss. However, more severe cases have shown the potential to develop into more sustained and serious hearing loss, even after the condition has been cleared.

Small objects are common issue in the ear canals, especially for people working in industrial jobs, such as welding. Unfortunately, small metallic objects have been shown to occasionally cause serious hearing issues, though a paper published by the National Center for Biotechnology Information shows that these problems are relatively rare.

However, the same paper also told the story of a 36-year-old metalworker who experienced severe ear pain and bleeding after a small drop of liquified metal fell into his ear. This caused a chain reaction of ear issues, including damage to the ear drum, that caused ear loss.

One of the most frightening and dangerous types of brain cancer in the world is leptomenigeal carcinomatosis, a highly rare condition that affects only 5 percent of all cancer victims. One of its most high profile victims is Valerie Harper, the actress who played Rhoda on "The Mary Tyler Moore Show."

Unfortunately, this condition is incredibly hard to treat, because it attacks the brain and spinal column and spreads out evenly. And as it spreads, it often begins attacking areas of the brain responsible for hearing reception, leading to hearing loss.

If you or someone you know suffers from these rare but dangerous conditions, talk to a hearing expert right away. They can help fit you with a hearing aid that can help you fight back against your hearing loss.